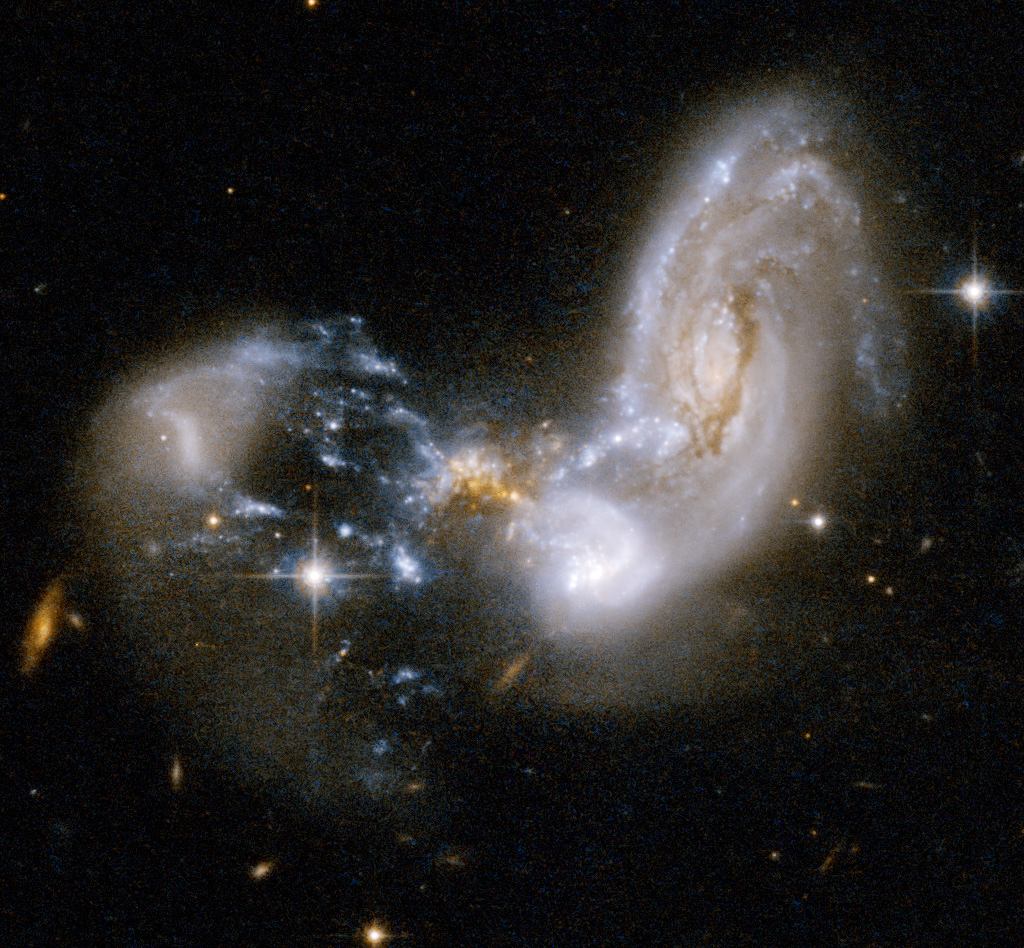 The merging galaxy system IIZw96 hosts the most compact, off-nuclear starburst known in the nearby universe.

IIZw96 (shown above; Inami et al. 2010) is a merger between two large disk galaxies (old stars in green, young stars in blue) that is very luminous in the infrared (log (L(IR)/Lsun) = 11.94). In fact, 80% of this infrared luminosity originates from a single off-nuclear source (part of the red spot to the east/left). A wealth of observations (X-ray, near- and mid-IR) indicate the source of this IR emission is not a black hole but instead must be a very compact, dust-enshrouded starburst. Starbursts this compact and powerful are rare even in the nuclei of nearby galaxies, let alone outside of the galaxy’s disk, and thus IIZw96 is pushing the so-called “maximal starburst” limits known for the local universe.

In hopes of revealing the power source, we observed the dust and molecular gas emission from the off-nuclear region with ALMA during the first ever round of observations for the telescope. The results (shown at right) were surprising – the off-nuclear source was STILL not resolved, down to scales of ~150pc. The green contours show the location of the molecular gas (fuel for future star formation) and dust relative to the NIR emission (above right, HST NICMOS) and the optical emission (above left, Bband).

With the help of NRAO Scientist Loreto Barcos Muñoz, we have obtained very high resolution imaging with the VLBA (radio dishes spread out all over the northern hemisphere to get the best spatial resolution possible, so far) to finally resolve this source. We are in the process of reducing this data to learn whether the source is in fact a starburst (i.e. broken up into supernova remnants) or if it remains unresolved, at which point there must be a heavily obscured AGN. Stay tuned!