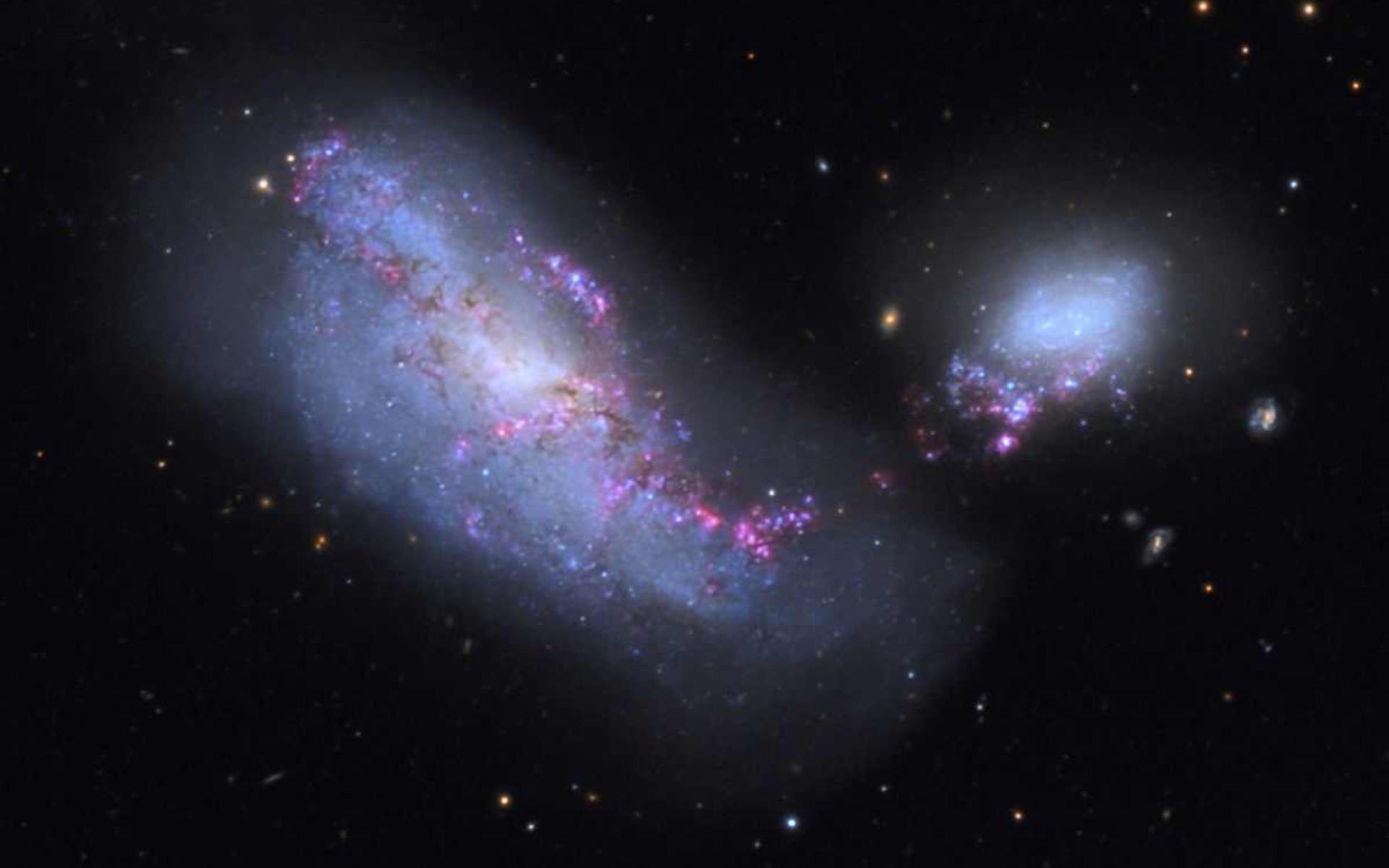 We are currently leading the first systematic observational study of star formation and the subsequent processing of the interstellar medium in interactions and mergers between low mass, dwarf galaxies, the survey TiNy Titans (TNT). Mergers among massive galaxies have been studied extensively and found to provide an important mode of galaxy evolution, but we know very little about how mergers proceed at lower masses. Mergers between dwarf galaxies are especially important because they are thought to be more common when the universe was young. A few of our dwarf pairs (caught in various stages of interaction) are pictured here.

One of the TNT initial results is shown in the plot on the below. Star formation is enhanced in paired (i.e. interacting) dwarfs (blue line) as compared to unpaired dwarfs (red line) out to projected separations (Rsep) as far as 100 kpc – that is 50 times the extend of the dwarf galaxy itself! That enhancement increases as the dwarfs get closer together (i.e. Rsep decreases). These results are published in The Astrophysical Journal (Stierwalt et al. 2015).